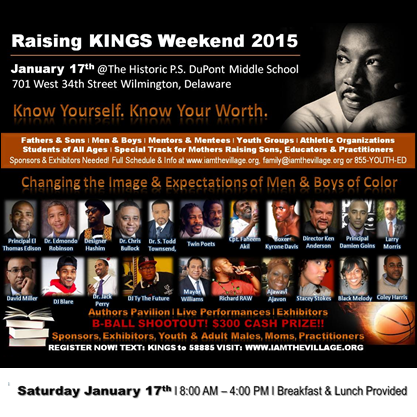 Certainly, there were many men at the fifth annual Delaware Devoted Dads Summit in Wilmington Saturday who understood it that way.

There was Wade Jones, who never met his father.
There was James Rodriguez, who was told as a 7-year-old that he would be the man of the house because his father left, and was told the same thing when he was 12 and his father died.
There was Kasai Guthrie, a 16-year-old junior at Glasgow High School, who founded "We Need Our Fathers" because he saw the gap in his own life.
Several hundred people attended the summit Saturday at the Chase Center on Wilmington's riverfront. The two-day event was organized by the Delaware Fatherhood and Family Coalition.