Why we need to include fathers in conversations about family wellbeing

In the last few years, we have taken a big leap in understanding and supporting maternal mental health and family well-being. But when it comes to supporting new fathers, we remain in the Dark Ages. Support for the changes and challenges new fathers face is largely absent from discussions of perinatal and postpartum health. For many men, this means the entry into fatherhood is confusing, painful, and stressful. In fact, some estimates reveal that more than 25 percent of new fathers experience depression in the first year – which is almost always undiagnosed and untreated. 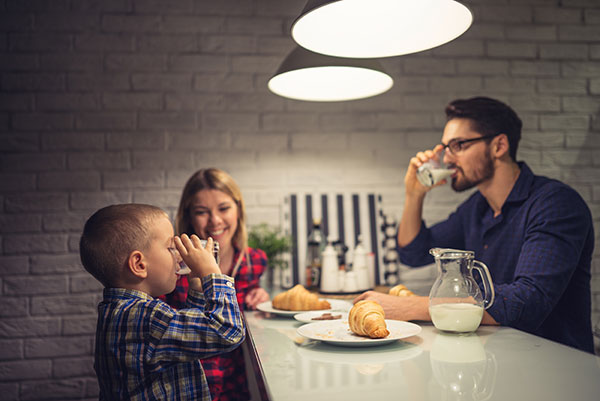 Our lack of support for new dads is a glaring gap in our efforts to improve mental health in families and children. Thankfully a small, emerging group of researchers and clinicians has begun to shed light on the critical changes and challenges that happen to a man and his family when he becomes a father.

Fatherhood is a biological and emotional sea change Becoming a parent is a major developmental milestone for both men and women. It brings a level of biological, psychological, and relationship changes not seen since puberty. And although health professionals educate many new parents about what these changes look like for a new mom, few people hear about a new father's transition. This is especially true about the biological and hormonal changes that have can have a large impact on a new dad's mood and behavior.

Starting a few months before childbirth, testosterone levels lower as prolactin, vasopressin, and other hormones increase, rewiring a man's brain to prepare him for fatherhood. Entire areas of a man's brain grow and develop in response to hormonal changes in the first year of a child's life, which equip him with crucial skills to care for a newborn. This includes an increased sensitivity to crying, a deeper capacity to bond emotionally, and a greater responsiveness to another's needs. Similar to the adaptive hormonal changes women experience, these shifts also increase a man's chances of experiencing clinical depression or mood disorders.

The psychological impact of parenting Psychologically, men face some of the toughest developmental challenges they have ever faced as they enter fatherhood. According to Bruce Linton, PhD, founder of Father's Forum, a national organization of support groups for new fathers, the transition to fatherhood involves a series of very difficult psychological tasks. A man is required to resolve his own conflicts concerning his father, negotiate emotional uncertainty, learn to be dependent on others and let others be dependent on him, and find a community with other fathers. None of these tasks is possible without some level of support and understanding.

New fathers also face challenges and changes in the relationship with their partner that few fully anticipate. Suddenly the need to argue, negotiate, and resolve conflicts about parenting takes center stage in their relationship. At the same time, sex and relational satisfaction are not a priority. Many men who have relied on their partners for emotional support and intimacy are now left feeling guilty, resentful, and confused as they try to figure out how to support their partners while sacrificing their own support and need for intimacy.

Facing the fiscal reality of a larger family as well as their spouse's possible (if temporary) departure from the workforce, new fathers also often face a level of stress relating to their work performance and income they haven't experienced since their first job. It's no wonder that one of the biggest relationship changes men (and women) face at this time is the sheer volume of conflict in their relationship.

Involved and supported dads are good fathers With help and attention from their spouses, fatherhood groups, and preventive mental health treatment (when necessary), new fathers who are struggling can find enhanced meaning, pride, and contentment in tending to their families while learning ways to cope with their own anxieties and doubts.

With this kind of support, fathers are immediately able to reap the emotional benefits when "the love hormone" oxytocin begins to flow through their bodies as they care for, play and interact with their children. A new sense of meaning and satisfaction also quickly arises as fathers begin to teach their children all about the world around them. The first few years are filled with powerful moments in emotional attunement where many men revisit their relationship with vulnerability and emotions as they notice how healing it can be for their children when they hold them, reassure them, and comfort them.

In places such as Sweden, Norway, and Finland where men are given extended paternity leave that is protected by law, researchers have seen big gains in men's confidence and desire to be caregivers, rather than just breadwinners and support personnel.

Involved and supported dads are good for families Supported and involved dads benefit the whole family. National polls and census data indicate that having a genuine connection with an actively involved father may help protect children from negative life outcomes such as not completing high school or developing behavioral problems. And engaged fathers appear to benefit children in a number of cognitive skills including academic performance, problem solving skills, and intellectual ability.