How to Raise a Strong Kid (But Not a Selfish Bully)

How to Raise a Strong Kid (But Not a Selfish Bully) 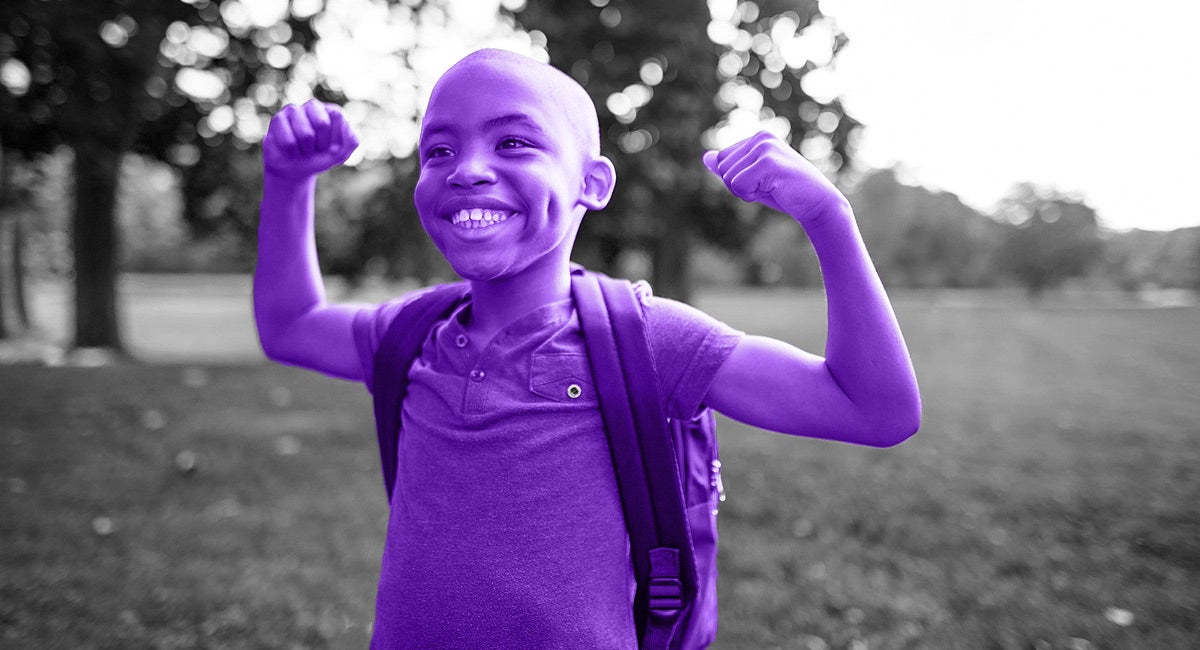 No one wants to raise a pushover. Most people don't want to raise bullies, either.

Parents, understandably, don’t want to raise pushovers or kids who avoid confrontation. Kids who don’t know how to stand up for themselves grow up into kids who constantly apologize or don’t know who they are. So how can a parent help their kid be self-assured, strong physically and mentally, and have a strong sense of self? Well, it’s not as easy as teaching the ABC’s. But it can and must be done, says child psychologist Gene Beresin, who runs the Clay Center for Young Healthy Minds at Massachusetts General Hospital. “Kids need to tolerate emotional swings. From bad grades to successes, strength requires emotional control and balance of emotion,” he says. But parents can’t go too hard on the strength lesson. It’s important to teach kids strength without letting them err into problematic forms of aggression and selfishness.. It’s good to raise a kid that’s slow to back down. It’s bad to raise a kid who feels compelled to square off with peers or constantly compete. In a profoundly competitive culture, teaching a kid to weather confrontation but not seek it out is a difficult task. Here’s what parents who raise strong, self-assured kids do:

They Talk To Their Kids About Death

For the most part, the first brush kids will have with mortality will likely be when their family pet dies. While young kids might not understand the permanence of death or what it means to die, the experience of talking through it with kids is a fundamental part of teaching their kids inner strength and resiliency. Beresin says that parents who want to raise strong kids can and should be visibly sad over the situation, but not be debilitated by their grief. This teaching moment, in which parents should go through the grieving process with their kids, mourn their pet, and model emotional strength without withdrawing completely or being cold about it.

They Endure Physical Tasks Without Complaint

Being an adult often means doing a lot of shit that sucks. Shoveling snow, raking leaves, deep cleaning the fridge: these are all things that come with adulthood and being a parent. Parents who teach their kids strength tend to do these tasks both without constant complaint and without breaking their backs over it, says Beresin. That means that when they do the work, they take breaks, they go to bed the night before, they vocally prepare for the tasks, and, when they’re done, they say they are proud of themselves.


They Take Work Problems In Stride

Parents who want to raise kids who know that what happens to them at work is often out of their control, and therefore have a strong sense of self, try to keep their cool in the face of seriously rocky work situations. Work stress gets to us all, eventually, and it’s important that parents feel they can complain to their spouse about their job at home. But what parents need to remember is that their kids are often listening. So parents who stay level-headed, talk through what’s bothering them, and come up with a meaningful plan of action while also talking about their strengths as an employee and a person. Teaching kids to be honest and thoughtful about their situations in work and life will help them be self-reflective, and know who they are. Parents who do this raise strong kids.

Strong kids are strong kids mentally and physically, and parents that have kids who promote their physical health engage in activities that promotes physical health themselves. Even after a long day of activities, parents should make sure they still hit that 5-mile-run they talked about or go to the gym early, and they should also talk to their kids about it. While eight-year-olds don’t need to lift weights, getting out on the baseball diamond with them, playing catch, or racing them, is a great way to spend time with kids in a way that prioritizes their physical health.

Kids Who Do Chores Are More Likely to Be Successful. Here’s Why

Kids Who Do Chores Are More Likely to Be Successful. Here’s Why

Children who help out at home grow up to be happy, healthy, successful adults — when parents dole out the work in the right fashion.

Chores are good for kids. Like, this-is-going-to-get-my-kid-into-Harvard good. Research shows that kids who do chores grow into happier, healthier, far more successful adults, and the sooner parents start them on them, the better off they are. But why? It seems to all boil down to acclimation. To succeed we all need to work and working hard takes some getting used to. Social scientists suspect that when children are expected to put their toys away, make their beds, or just wipe down the counter around at a young age, they get comfortable with these tasks long before they realize it’s work. When they grow up and inevitably have to accomplish these things, they’re less likely to rail against them. Instead, they get things done and are better off for it.

“The skills that kids learn early will last most of their lives. Chores teach kids skills that they will need to survive on their own and to get along with others,” psychologist Dr. Shane Owens tells Fatherly. “From an evolutionary perspective, chores teach kids how to take care of themselves and to be a cooperative, productive member of the tribe.” And yet in the age of Roombas and screen-based play there’s evidence that kids these days are doing fewer chores than ever before. Parents need to take matters into their own hands, make chores a priority, and follow this expert-back advice on how to get make the most out of chores.

Take the Time to Teach the Skills Associated With the Chores

Let’s face it, young kids don’t have a deep practical skill set (coloring within the lines doesn’t count). Completing small tasks around the house is a good place to start. Chores are one of the first opportunities for children to take on basic, low-stakes responsibilities so they can learn to do them right. Unfortunately, this means that giving children chores does not necessarily translate into less work for parents. It likely means more work, not just because kids may resist responsibilities at first, but they might be bad at them. Sure, if moms and dads want something done right, they can do it themselves and that might seem more efficient and easier in the moment. But if kids are going to ever make their bed instead of jumping on it, it’s worth the time and effort at the front-end. “Kids cannot learn to do that unless they are provided the opportunity and expected to do chores like cleaning up after themselves and helping with cooking, doing the dishes, and laundry,” Owens says.

Focus on Time Management (And, Yes, Use Chore Charts)

“Kids who do chores learn to organize their time and to delay gratification. Both of those are vital skills for later success,” Owens explains. More specifically breaking bigger projects like cleaning the house into smaller, more manageable tasks like putting toys away, shows children how much time and effort certain tasks take. They also learn that sometimes they have to wait before they’re free to go play, which is a reward after getting the job done. In doing this, kids figure out something most people struggle with in adulthood — it takes a little time to improve their surroundings and make life a little easier, but the investment pays off. Want to really drive home the time and effort with a visual representation for your kid? That’s what chore charts are all about.

Frame Chores as a Household Partnership

Twenty years of research from the University of Minnesota reveals that the single best predictor for future relationship success with family, friends, and romantic partners is doing chores at the age of 3 and 4 years old. However, for children who were not given chores until they were teenagers, the exact opposite was true — they tend to struggle in close relationships across the board. Scientists suspect that when it comes to chores, parents might want to start sooner than later. Owens says parents can start as young as 2 years old, before kids see helping mom and dad as an actual chore, so they are more eager to imitate what their parents do, even if it is as simple as sweeping.“A kid who learns early to do chores will be a more generous and cooperative partner,” he says. “It’s easier to live and work with a person who has learned to take care of his own stuff and to be responsible for some of the boring work that adult and family life requires.”

Chores Are Work, So Motivate Them Like a Good Boss

Along with childhood chores being the strongest predictor for relationship success, the same University of Minnesota study found that they are significantly correlated with academic and career success as well. Data also indicated that early chores were linked with higher IQs. This echoes the results of the longest-running longitudinal study in history, spanning 75 years, where Harvard scientists found that success largely depends on individual work ethic, which is correlated with participation in housework as children. To Owens, this connection isn’t surprising. “Chores teach kids important self-regulation skills — organization, discipline, and work ethic — and vital relationship skills like cooperation, teamwork, and respect for others. So kids who are expected to do them are more successful.”