Many of the nation’s top sociologists and policy makers consider fatherlessness to be the most pressing issue facing American families today. Further, disadvantaged fathers in particular face numerous obstacles in raising their children, and some fail to shoulder the responsibility. Those who stay are more important than ever and must be supported.

According to the U.S. Census, one in three children in America grow up without a father, placing them at a significantly higher risk to live in poverty, do poorly in school and run afoul of the criminal justice system. This is particularly true for New York City’s African-American and Latino children, of which 54% and 43% respectively grow up in fatherless households.

A 2014 study of over 40 million children and their parents by researchers at Harvard University found that family structure showed the strongest correlation with economic mobility — more so than other factors such as racial segregation, income inequality, school quality or social capital.

In fact, family structure is particularly important for fatherless boys who are more than twice as likely to become absent fathers themselves.

To highlight and address these challenges, “Daddy Don’t Go” is a timely and intimate journey that serves as a clear message on the importance of fathers in the lives of our nation's children. The film follows the story of four disadvantaged fathers in NYC fighting to beat the odds and defy the deadbeat dad stereotype.

"Daddy Don't Go" was conceived to inspire all parents — especially those that are disadvantaged.

“Daddy Don’t Go” will resonate deeply with urban audiences eager to see a film that challenges the “deadbeat dad” stereotype with positive and compassionate images of men persevering against the odds. Through the stories of the film's subjects, “Daddy Don’t Go” raises awareness around the obstacles that disadvantaged fathers face and can be used to inspire dads in crisis, the ones that are leaving their homes in tragically high numbers.

The film also poses urgent questions that expand the ongoing national dialogue concerning fatherhood. Can a man be a good dad in spite of not being a great provider? How does being a father shift a man’s identity?

Fathers Matter for the Whole Family

Fathers Matter for the Whole Family

This fatherhood video shows a diverse group of dads answering questions such as: 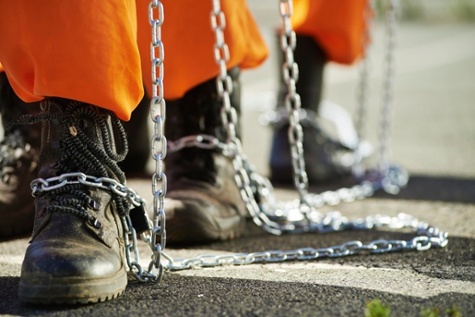 There are 2.7 million children with a parent in prison or jail. Ninety-two percent (92%) of parents in prison are fathers.

The sort-of good news is that ninety-five (95%) of all inmates will eventually be released. The not-so-good news is that most—2 out of 3 inmates—will re-offend and be back in prison.
It's clear we have a problem. But we also have a solution.
When we talk about father absence in general, we focus on the U.S. Census Bureau's statistic that 24 million children—one out of three—live without their dad in the home. Consequently, there is a “father factor” in nearly all of the societal issues facing America today.

We must take action to raise up more involved, responsible, and committed fathers. And that includes fathers who are currently (or formerly) incarcerated.
To help you better understand and share this message, we created a simple yet powerful infographic outlining the problem and solution for America's children due to fathers behind bars.

The Facts [The Problem for America's Children]

There are 2.7 million children with a parent in prison or jail.
The number of children with a father in prison has grown by 79% since 1991.
Having a parent who is incarcerated is now recognized as an “adverse childhood experience” (ACE). This is different from other ACEs because of the trauma, stigma, and shame it inflicts on children.
More than 650,000 ex-offenders are released from prison every year. Fathers are returning to their children and families without the skills they need to be involved, responsible, and committed fathers.
Incarceration often spans generations. Fathers in prison are, overwhelmingly, fatherless themselves. Youths in father-absent households have significantly higher odds of incarceration.
Two-thirds of released prisoners, or 429,000, are likely to be rearrested within three years. Recidivism is a huge, national problem, and fathers are leaving their children behind.

The Solution for America's Children

Give incarcerated fathers a vision that they have a unique and irreplaceable role in the life of their child. Increased confidence, along with changes in attitude and skills are a powerful motivator for successful reentry and to bring home fathers to their children.

Use an evidence-based program to rehabilitate fathers and train men on what it means to be a man and a father. NFI's InsideOut Dad® program is the only evidence-based parenting program designed specifically for incarcerated fathers. An evaluation conducted by Rutger's University found that fathers who went through InsideOut Dad® while in prison showed statistically significant increases in fathering knowledge and confidence/self-esteem compared to a control group.

Help to reduce recidivism, especially for fathers. Fathers who are involved with, and connected to their children and families prior to release are less likely to return to jail or prison. In fact, some states have conducted evaluations that connect the use of NFI's InsideOut Dad® program along with other interventions to reduce recidivism.