What All Dads Need to Recognize About Modern Fatherhood

What All Dads Need to Recognize About Modern Fatherhood

An excerpt from Fatherly's parenting book, Fatherhood, is available now for pre-order.

The following is an excerpt from Fatherhood: A Comprehensive Guide to Birth, Budgeting, Finding Flow, and Becoming a Happy Parent, Fatherly’s first parenting book from Harper Horizon’s, an imprint of Harper-Collins.

Your father knew nothing. Well, next to nothing — at least, next to nothing when it came to the likely effect he would have on you or your life. At most, when you were born, he had an inkling of what his presence and participation could offer. You inherited that same inkling. You’re considering it now, an undistinguished mass like an uncut diamond. Your sense is that you can make something priceless of it, but even the first cut requires a decision you might not be ready for. After all, you don’t know the first thing about diamond cutting. 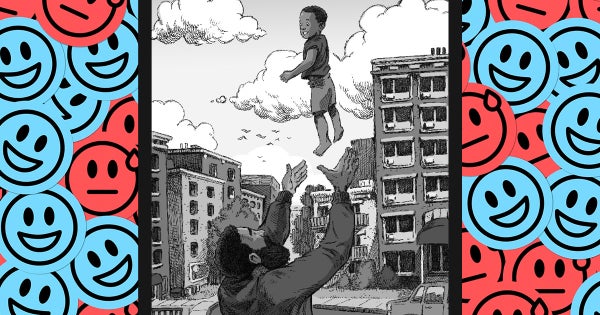 Maybe your father loved you, maybe he didn’t. Whether he was present or absent, understanding, or harsh, “good” or “bad” in your estimation, he was most likely unaware of what he held — because there was nobody to teach him to shape it.

Like others before him, he progressed through the experience of fatherhood, trying to refine the raw white stone, and trying to make it shine. Someone just needed to help him find the correct angles.

Since 1950, the U.S. government has spent roughly $600 billion on NASA programs, nearly $10 billion collecting data on mothers, and the $15 million in change it found between the couch cushions went to research related to fatherhood. But the bulk of that research has been conducted in just the last decade. Which is all to say that humanity knows more about Alpha Centauri than we know about whether your old man messed you up.

Want to know what will happen to you in the moment that your child is born? Not much. As birth releases an oxytocin flood to your wife’s brain, overwhelming her with feelings of love so profound she ugly cries into low-thread-count hospital sheets, you may very well be tempted to check the Browns score (spoiler: they’re losing). You may feel this runs counter to the favored sentimental and celebrity narrative — “The first time I saw that face, my whole world changed!” — but birth experiences are as unique and varied as the men that have them. Instant love may be the story but it’s not necessarily the norm.

So, when does Mom pass Dad the oxytocin? When she passes the baby. Men only receive the biological benefits of dad-status when they start taking care of their kids. Odd as it may sound, those initial dirty diapers become a gateway drug to care. You’ll want more. But only if you keep doing it. And it goes on like that forever; kid and Dad passing the good feelings back and forth like a joint until, if all goes well, the former delivers the latter a heartfelt eulogy. But Dad must start, because the kid’s hands are too small to roll one and because that’s the one thing that we absolutely know for sure, peer-review and all: whatever seriously good vibes are going to be, must start with you.

While your father might have known nothing, he was particularly in the dark about the things he did know — which was a lot. He was pretty much parenting all the time. And surprise, surprise, most of the time, he was probably doing fine. Roughhousing was parenting; watching television with you was parenting; talking to your mother at the dinner table was parenting. Fatherhood is only a state of being in that it’s the act of being who you are. Because the fact is that the person you are before you have a kid will not be appreciably different than the person you are after you have a kid. And that person is the template your kid will use to learn how to live in the world. So becoming a good father is about knowing yourself, and leveraging all that’s good in you towards raising someone who knows better than you. That’s love.