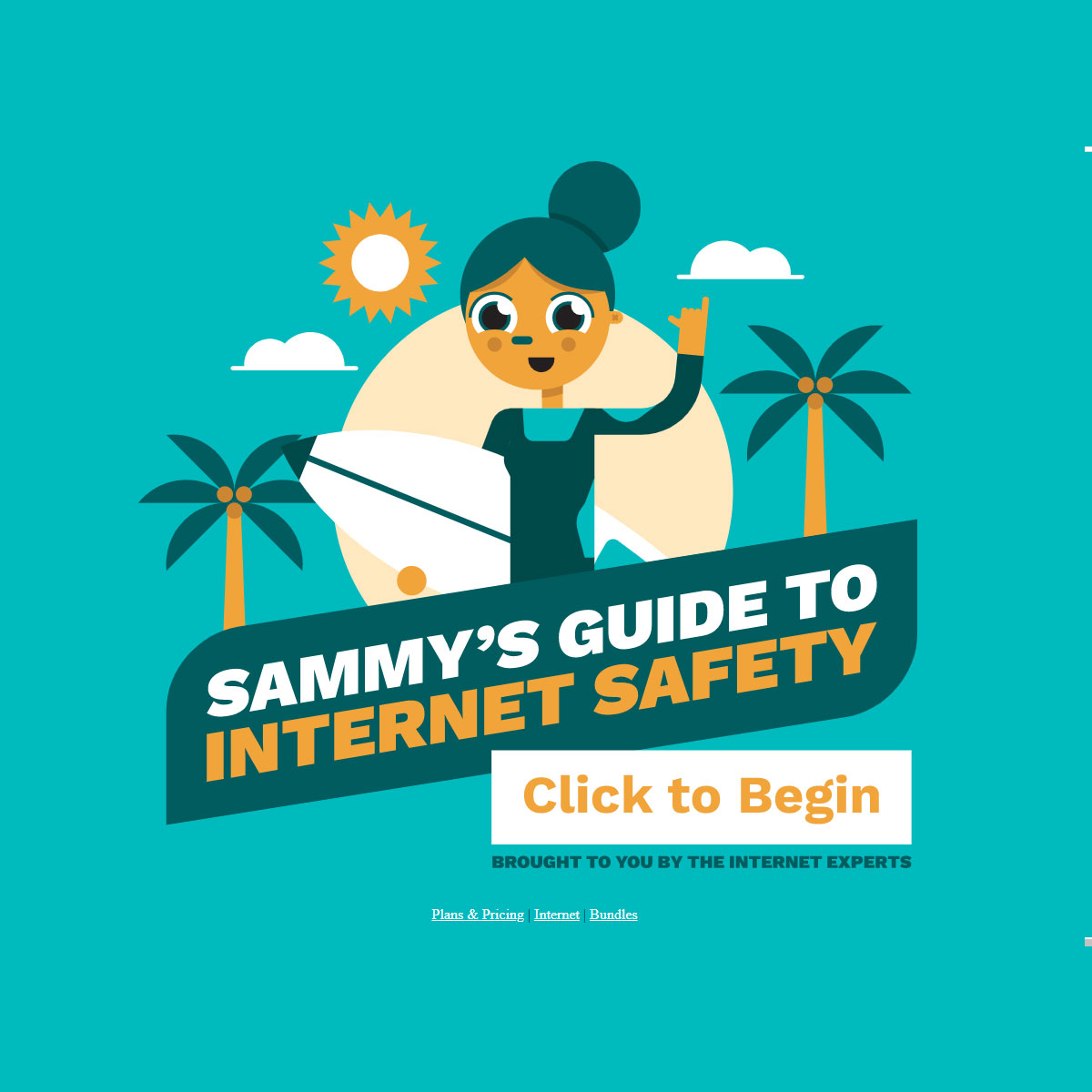 The guide teaches kids how to enjoy the internet safely while providing fun activities and games.

Black Dads Need Therapy. They’re Not Getting It.

Black Dads Need Therapy.
They’re Not Getting It.

We need to have difficult conversations.
Doing so without mental health support is nearly impossible. 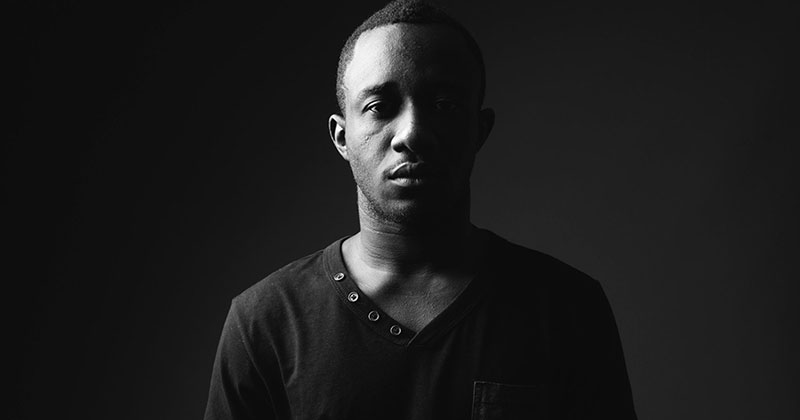 Most cognitive behavioral therapists start by asking a simple question: “Where do we begin?” When you’re a black man in America, the answer is never as simple as “childhood” or “adolescence.” There is present trauma — a video of someone who looks like your cousin being asphyxiated slowly under a blue polyester blend-covered knee —  but also historical trauma. There’s what your parents told you and what their parents told them and, back further, what your emancipated great-great-grandfather imparted to his children.

And then there’s what you tell your kids. That leaves a mark as well. The conversation,, the one about the looming threat of police violence, takes place in the painful present. It requires a level of honesty that takes time to muster. I had the conversation with my six-year-old just a few days ago, but I’d been preparing for years.

How had I prepared? I did something too few black men and far too few black fathers do. I put myself in therapy. And I’m not talking about “the gym is my therapy” or “I have therapeutic chats with my bro.”; I’m talking sit-your-ass-down, $100-an-hour therapy.  I’ve been going as needed for decades.

While all dads probably should have an emotional sounding board, black dads need more significant support. We must work through our fears of state-sponsored violence, our experiences with institutional bias, and our own internalized attitudes about our worth in order to exist in the world with the same reassuring confidence so many of our white friends inherited from their fathers. We must learn to handle backhanded compliments about “sticking around” to raise our children and our neighbors’ fetishization of our difference (particularly in the suburbs).

Unfortunately, only half as many black people receive mental health counseling or treatment as white people. And the number may be even lower among black men. Why? Distrust. Lack of Access. Cultural misunderstanding.

“In my family, there’s no such thing as therapy,” says Mitchell S. Jackson, author of the autobiography Survival Math: Notes on an All-American Family. “I know my mom needs it. Everyone in my family has trauma. My mom’s mom died at five. I have relatives in prison. And no one I know of went to therapy.”

“There was a tacit understanding that you have to figure it out on your own to survive,” he adds.

My grandparents were born a year before the United States Health Service promised rural African-Americans free health checkups and secretly gave 600 men syphilis just to see what would happen. Four decades later, when I was born, the American Psychiatric Association was still linking schizophrenia to “aggression”, specifically African-American male rage. Known as drapetomania, it was much easier to call black men crazy than to acknowledge protests, violence and frustration being a natural reaction to systematic oppression – and to own one’s part in it.

This is our history with therapy and care, when black males can even get access.

According to the Kaiser Family Foundation, more than one out of ten African-Americans under retirement age are uninsured compared to about half that number for whites. For many black families, which boast one tenth the wealth of white families, the expenditure is simply not feasible. And even getting to the office is impractical. Looking up therapists on ZocDoc, I generate a map of blackness. Want to see where the therapists are? Look where the black people aren’t.

I started my first therapist relationship when I was 19. My parents were getting a divorce. Both grew up in the hood, but split years later as college educated, middle class yuppies. Neither had been in therapy. I don’t think anyone in my entire family tree had been in therapy. It was, like their divorce itself, a grand experiment. And I was lucky enough to see someone across from me who looked like my dad. He was my father’s age. And he was black.

I didn’t know how lucky I was. According to the American Psychological Association, only four percent of U.S. psychologists are black. You’d have to reach out to 100 therapists and hope one of those four black psychologists was someone you actually liked.

“Do you know how hard it is to find a black therapist? I’m already skeptical, and it’s hard to find a black person, or even a person of color,” says Jackson. “As much as they are trained, if they are moving to the world as a white person, that’s a different experience.”

It is deeper when people of color get guidance from another trusted POC. My first therapist helped me on two levels: Providing guidance within the context of my culture and giving permission to be in the therapist office simply by his existence. My therapists after were not black, but my experience with him allowed me to access a level of vulnerability that allowed the later ones to truly help.

“There is the question, ‘Can I trust this person?’,” says psychotherapist Karen Carnabucci. She does her best to support black clients, she says, but understands there are limitations to understanding our culture. “Although there are many African-American therapists, more are needed.”

My wife and I didn’t have the talk with our eldest son in a therapist office. It was in our living room, strewn with LEGO blocks. Our son stared intently.  His younger brother listened in-between doing couch jumps and giving random hugs. I used all the tools from being an entrepreneurial coach: Validating his feelings, making analogies relatable to his life, and keeping my voice as level as possible. Remember your friend who isn’t your friend anymore? Because you saw him bully someone else? Same with officers, teachers, and others. Use your instinct. If you observe something funny, then it’s okay to get away or to get another adult you trust.

He nodded, and we started talking about what we were going to eat for dinner. Perhaps the biggest lesson from therapy is learning what is in my control. As blacks, we’ve been told to not make eye contact with white women, not walk in our neighborhood in a hoodie, not to gather in a group. Not to breathe. It has systematically always been on us.

Guiding my children, coaching the next generation of diverse entrepreneurs,  supporting organizations making a difference and using my power to vote are in my providence.

It is a collective responsibility.

Perhaps the biggest lesson from therapy is learning what is in my control. As blacks, we’ve been told to not make eye contact with white women, not walk in our neighborhood in a hoodie, not to gather in a group. Not to breathe. It has systematically always been on us.

Kids aren't stupid. Nor are they obtuse. They hear you discussing COVID-19 news, they see headlines on your social media feed, and they understand that, to a large extent, the stuff they once enjoyed doing is no longer in play. Playing epidemiologist isn't going to work. Kids don't need specific answers. What they do need is broader certitude that they are loved and will be taken care of — certitude that makes the ambiguity of the moment manageable.   "We want to teach them how to tolerate not knowing. You should let them explain how they're feeling and why, and you can help them validate those feelings by saying things like, 'I have similar worries. Let's brainstorm ideas on how we can make things better.' Instead of just giving answers, you want to have a conversation and compare notes," says Bubrick. 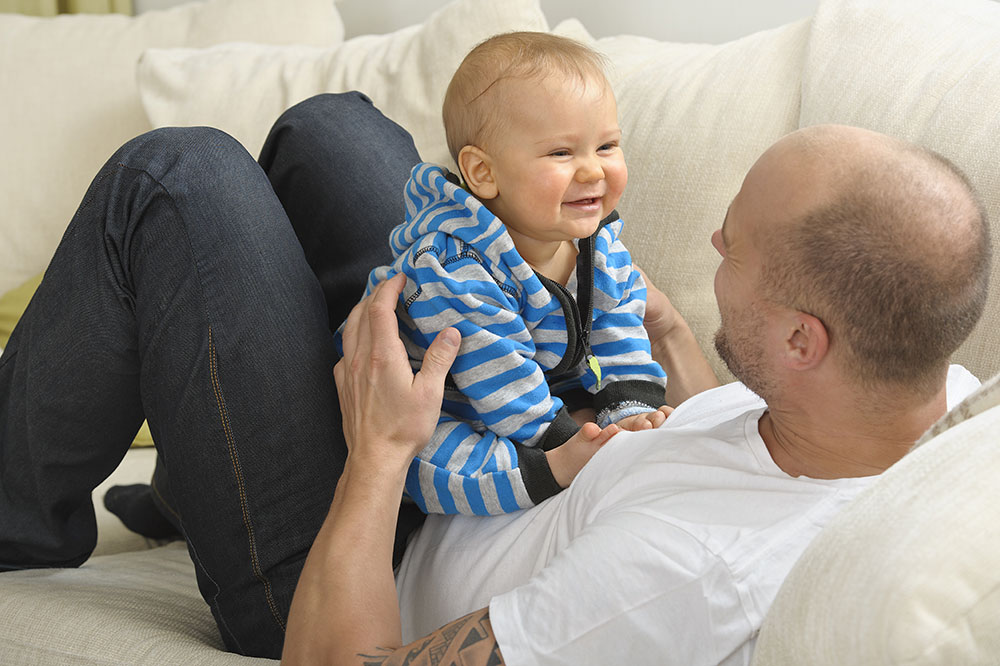 Ask the Good Questions   Getting kids, regardless of age, involved in problem-solving makes them feel empowered and like they're part of the solution. But as Bubrick points it, if you ask vague questions, you'll get vague answers, including the dreaded "I'm fine" (the quintessential conversational dead end). Bubrick's advice is to lead with curiosity and ask open-ended yet specific questions.

Timing is Everything Picking the right moment to talk is crucial to having a conversation that actually goes somewhere. Bedtime is not the right time per Burbrick, because kids are starting to wind down for the day and anxious kids have more worries at night. The last thing you want to do is lead them down the path of more worry and a restless night. "And don't talk to them about this when they first wake up," he adds. "Find a time, a neutral time, when there hasn't been a big argument. Look for a calm moment."   So what does work? Burbrick suggests having laid-back discussions either during dinner, or while taking a family walk. And he relies on a simple yet clever approach that gets people to open up.   Try a Game   When talking with his own kids, Burbrick suggests a game called Like a Rose.  "It's an icebreaker and it's our thing," he says. "You start and model the game. There are three components to the rose. The petal: 'Tell me something you liked about today.' The thorn: 'Tell me something you didn't like.' The bud: 'Tell me something you're looking forward to in the future.'" This relies on good modeling. You have to set a good example to get a good response, so come prepared to share.   No Success? Try a Feelings Chart   If your children aren't able to articulate how they're feeling, use a feelings chart and work your way from there. Some 5-year-olds can explain, with total clarity, what upended their emotions and why. Some teens, meanwhile, can barely manage a two-word response and won't dig deeper without gentle prodding. You want to have children be as specific as possible about what exactly they're feeling.  "If you can name it, you can tame it," says Bubrick.   Stay Focused   Burbrick's final note is just as applicable to kids as to their adult minders. Don't spin out. Don't catastrophize. And remind kids that no, their friends aren't having secret sleepovers or hitting the playground. We're all stuck at home together.    "We want to help kids stay in the moment. It's so easy to get wrapped up in the unknown. All we know is what's happening to us right now. We have each other. We're connected to our friends. Let's focus on that. We'll deal with tomorrow, tomorrow," he says.

Take Your Dad to Breakfast

Take Your Dad to Breakfast