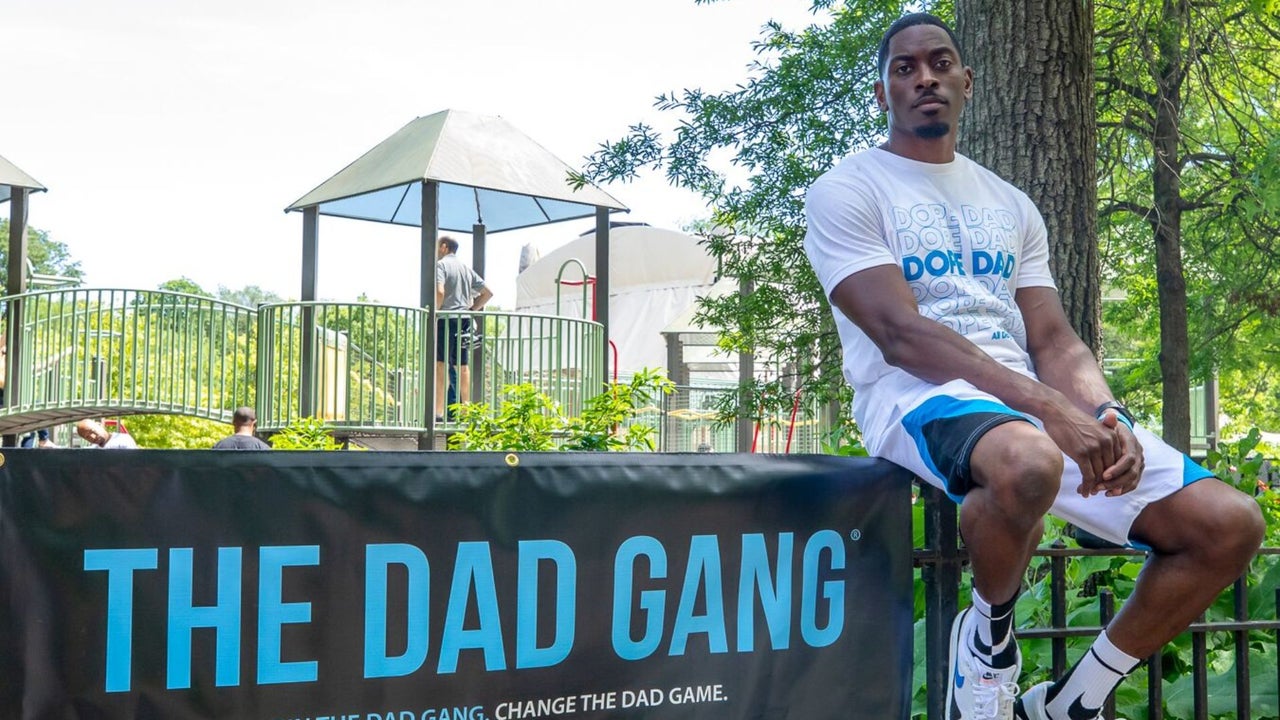 You’ve heard them all before, endless jokes and memes about absentee fathers, women with daddy issues, and men whose involvement with their kids don’t go past that one night of passion that created them. But for this Black man, these jokes are far from funny, especially not when it comes to his definition of fatherhood.

For Brooklynite Sean Williams, fatherhood is a job that he takes very seriously. With three beautiful children of his own, Williams finds pride in being hands-on and heavily involved in his children’s lives. Yet, he once struggled to escape the overwhelming narrative that Black fathers are non-existent dudes who breed and dash aka impregnate and vanish. After weeks of strolling his daughter around his predominantly white Long Island neighborhood, William noticed that he was constantly being congratulated by random people who was glad he “stuck around” and didn’t “split” on his children. After one too many unsolicited comments, Williams decided enough was enough and The Dad Gang was born.

The Dad Gang is a movement with a mission to change the narrative of Black fatherhood one positive image at a time. With over 36,000 followers on Instagram alone, Williams and his ‘gang’ have encouraged and supported men across the country to be “better” fathers and redefine their individual definitions of fatherhood. ESSENCE recently caught up with the Head-Dad-In-Charge to talk about changing the game, being #dadgoals, and learn why for The Dad Gang and their children, the sky’s the limit.

What is The Dad Gang and what led you to start it?

Sean Williams: The Dad Gang started as an Instagram page focused exclusively on reflecting positive images of active Black dads, in an effort to shatter the negative stereotypes that have shadowed Black fathers for years and still affects us today. When my youngest daughter was about 15 months old, I worked from home five days a week, so I spent a lot of time with her running my daily errands and living my best dad life. I also live in a predominately white suburban neighborhood, so while on our daddy-daughter errand runs, I was met with two reactions from strangers: either complete shock and awe at the ease and attentiveness I had while handling my baby or a barrage of “wow, good job dad” compliments.

It was cool at first until I realized this happened everywhere we went without fail. I felt like these people had seen a unicorn. You could almost hear necks breaking as we practiced naming all of the fruits in the produce aisle. But the compliment that broke the daddy camel’s back came from an elderly white woman who stopped us and began by saying she was so disgusted with the way that cops treated “my people” (I wish she would’ve stopped right there), then she went on to say that she was also “glad to see that I stuck around for my baby because most Black men would’ve split. *insert jaw drop here.*

“Excuse me, ma’am?” I’m pretty sure my daughter felt the heat rising off my body. The woman looked confused, not realizing that what she said was the furthest from a compliment. At that moment I realized that a lot of people still bought into the whole Black dads are deadbeats nonsense. A lot of these people that hurled compliments at me left and right had still never seen a young Black dad like myself loving and living my best dad life. So instead of getting upset, I created The Dad Gang page that night. It has since evolved into a conscious social community of dads on a mission to change the way the world views Black fatherhood by getting together, capturing real dad moments, sharing useful parenting tips and hosting fun, socially impactful events centered around celebrating active dads and their children.

The biggest misconception about Black fathers is that most of us are inactive and uninterested in raising our children, or just straight up deadbeat dads. This couldn’t be any further from the truth. In 2013 the CDC did a study that revealed Black fathers were actually the most active fathers of all ethnic groups.

What are some standout memories from your childhood with your father?

Definitely giving my father a back massage, as a kid, by walking all over his back, which is something that I do with my kids now. I also remember my sister and I hanging from his arms as he spun us like a helicopter.

What are some differences you’ve noticed between the older and younger generations when it comes to fatherhood?

Since becoming a dad and observing the way my friends and I are raising our children, I’ve noticed that our generation does not hesitate to educate ourselves and break away from our family’s traditional way of doing something if the new information obtained, whether via social media or by asking google (we’ve all done it), proves to be more effective or beneficial for the child and parent.

Gone are the days when the reason for doing something when it pertains to raising our kids can be justified by saying “Well that’s the way my dad did it and his dad did it, so that’s how I’m going to do it.” Sure, they may say that we’re “letting the internet raise our children,” but it definitely beats some of their pre-historic ways of doing simple things.

What does being a Black father mean to you?

I’ve always thought that the phrase having a chip on your shoulder was a bad thing until I looked at it thru the lens of Black fatherhood. Due to this negative stereotype that has haunted Black dads for generations, the Black fathers of today have something to prove. Many of us are parenting with a huge chip on our shoulder, whether it be from a negative relationship with our own dad or from mainstream media constantly depicting Black men as unfit fathers. So that chip on my shoulder that only a Black father can have, actually makes me a better dad. That’s what being a Black father means to me.

What legacy/memories do you want to leave for your children?

Aside from being financially sound, I want my children to understand the value of building strong relationships. I want them to remember the effort I put into cultivating an individual bond with each of them like my mother did for my sisters and me.

How does The Dad Gang go about inspiring absentee fathers to get more involved with their children?

I truly believe that a major part of an absentee father’s problem is that he hasn’t bonded with his child. It’s easy to be selfish or absent when there isn’t a strong bond to hold on to, and for some, these bonds are difficult to create. They don’t just happen out of thin air or share obligation.

To try and get absentee dads to be more involved, we try to share a lot of content that specifically highlights the relationships that other dads were able to create with their kids and show how over time they’ve grown into the best friends you’ll ever have when these relationships are properly cultivated. We also repost captions where dads describe how their kids make them feel. Words are powerful. Last but not least, most of our events are heavily focused on father and child participation, like our “Dope Dads Karaoke Brunch” where we urged dads to do duets with their kids for prizes, which is one of the most incredible things you’ll ever see, and by far the most fun you’ll ever have with your kids at the brunch table.