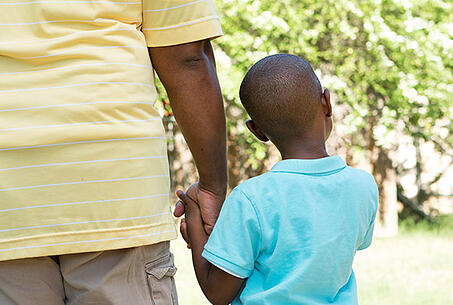 A recent national poll found that more than half of dads of children age 13 and younger had been criticized for their parenting style or choices. Of those dads:

Basically, dads receive a ton of criticism about virtually every aspect of parenting. It’s no wonder that some dads can be a little gun shy when it comes to taking care of their children. Let’s face it. The gold standard in our culture for parenting is the way in which moms parent—their parenting style. That standard is the underlying factor that leads to the criticism of dads. Our cultural norms around effective parenting haven’t kept up with the increased role of dads in their children’s caregiving or the research that shows dads and moms parent differently—in complimentary ways that benefit children’s well-being.

Fortunately, that same poll showed that dads are extremely confident in their parenting—9 in 10 (92%) said they do a good job. That’s important because confidence is vital to success in any endeavor.

On the other hand, research shows that people consistently overestimate their awareness, knowledge, and skill. They’re overconfident. Known as overconfidence bias, people are more subject to it the more confident they are. Parenting is no exception.

So, as a professional who serves dads, what should you do with this knowledge?

With that foundation, help dads discern between baseless and valid criticism. Share these three steps to help dads deal with current and future dad-shaming: