Some advice from a dad who's been there.

Here’s the shocking thing about being a dad: One day, just when you’ve started to get good at the job, your kids leave. When the youngest of our three kids headed off to college, I remember feeling like I’d just been term-limited out of the best job I’d ever had. I’d spent so much time learning how to raise my kids, that I was completely blindsided by the fact that one day they’d actually be adults. Well, sort of adults. I’m pretty sure one of them eats pizza for breakfast. On the other hand, he’s a straight-A college student with a better resume than mine, so who am I to judge?

But there were things I realized over time that really stuck with me. Things that, in the slog of every day, I let go of. Or kept fixated on. Or messed up with. And here I am now, with three adult children, thinking about all of the things I could have and should have done.

1. Everything You’re Worried About
Today Will Seem Silly In Two Years.

When my kids were toddlers, I worried about that pacifier stuck in their mouth. Two years later, my kid had moved on, and so had I. They turned five and I can’t believe I ever worried about their binky. At that point, I wondered why they were the only kindergartener who hasn’t mastered Dr. Seuss. And then, two years later, they’d moved on and so had I. Whether it’s sleep schedules, bad play dates, or the fairy tale princess I hired for my kid’s fifth birthday party showing up drunk, whatever it is I worried about then seems so silly now. I wish I had saved myself the misery, and laughed about it then. 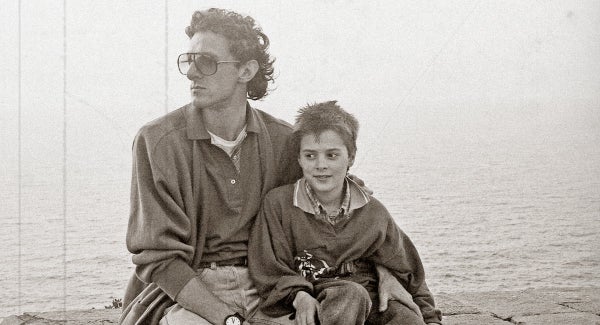 2. Write Everything Down.
You Won’t Believe What You Won’t Remember.

One day I was stuck in the single worst traffic jam that the world has ever seen, probably. As I sat there fuming, trying my best not to mutter four-letter words I’d have to explain to my then 3-year-old son Clay, who was sitting in the back, he suddenly said, “Daddy, are you thinking about what I’m thinking about?” I figured I wasn’t but asked anyway.

“I don’t know Clay. What are you thinking about?” He stared out the window for a moment at the car in the lane next to us, and then said, “butterfly wings.” (To which I immediately replied, “why yes, that is exactly what I was thinking about.”) It’s a cute story, right? Here’s the thing, my 3-year-olds said and did cute things all the time. If I didn’t write them down, I wouldn’t remember a single one. I put a reminder into my calendar and spent literally five minutes a week, every week, jotting down little cute stories in The Book of Clay, The Book of Grace, and The Book of Nati, one notebook for each kid. A friend of mine just kept a list on her phone. Whatever. When the kids were still living at home, I could entertain them at a drop of a hat by pulling those books out and reading with them. Worked when they were in grade school, worked when they were in high school. Now that they’re all away, I take the books out to entertain myself. Don’t judge. One day, you will do the same.

My daughter wanted a cat. I’m allergic to cats. My daughter now goes to UPenn and I’m still sneezing. It’s great to say yes. You want breakfast for dinner and dinner for breakfast? Sure thing! They want to try bangs or baseball? Great! But some yeses are easy in the moment and awful for much longer than that and yes, I am still thinking about that cat but the principle is true for other things too. Telling your child it’s okay to flake on a commitment they’ve made can be the right thing at times, but often it’s not the best lesson. Say yes often, but think first. (Also, if anyone wants an aging cat, please DM me).

4. The Years Fly
(but Some of the Days Really Drag).

My kids live in North Carolina, Washington, D.C., and Philadelphia these days. I miss them more than I can say. I’m 53 years old and every time I see a dad holding his kid on his shoulders I sigh far too loudly and then wonder if my 22-year-old son would let me try to carry him just one more time. But I also remember how bored I was when I had to push him on the swings. I miss getting to kiss my daughter good morning, but I really don’t miss the way she’d complain that her socks “felt funny” every day for eight months. Being a dad is the most important thing you’ll ever do and it’s also, at times, the most boring and exasperating thing you can imagine. Yes, you have to cherish the good stuff but don’t forget to give yourself a break for being bored. Peeking at your phone sometimes on the playground won’t emotionally cripple your kid.

5. Your Kids Won’t Remember Everything
(but You Never Know What They Won’t Forget).

First, the good news: You don’t have to take your kids to Paris, museums, or sign them up for Space Camp. You can if you want to, of course. I loved taking my children to art galleries and we did travel with them, but honestly, most of that culture was for me, since my kids don’t remember much of it. But the bad news: Kids remember weird stuff and by weird, yes, I do mean that one time you yelled at the cat.